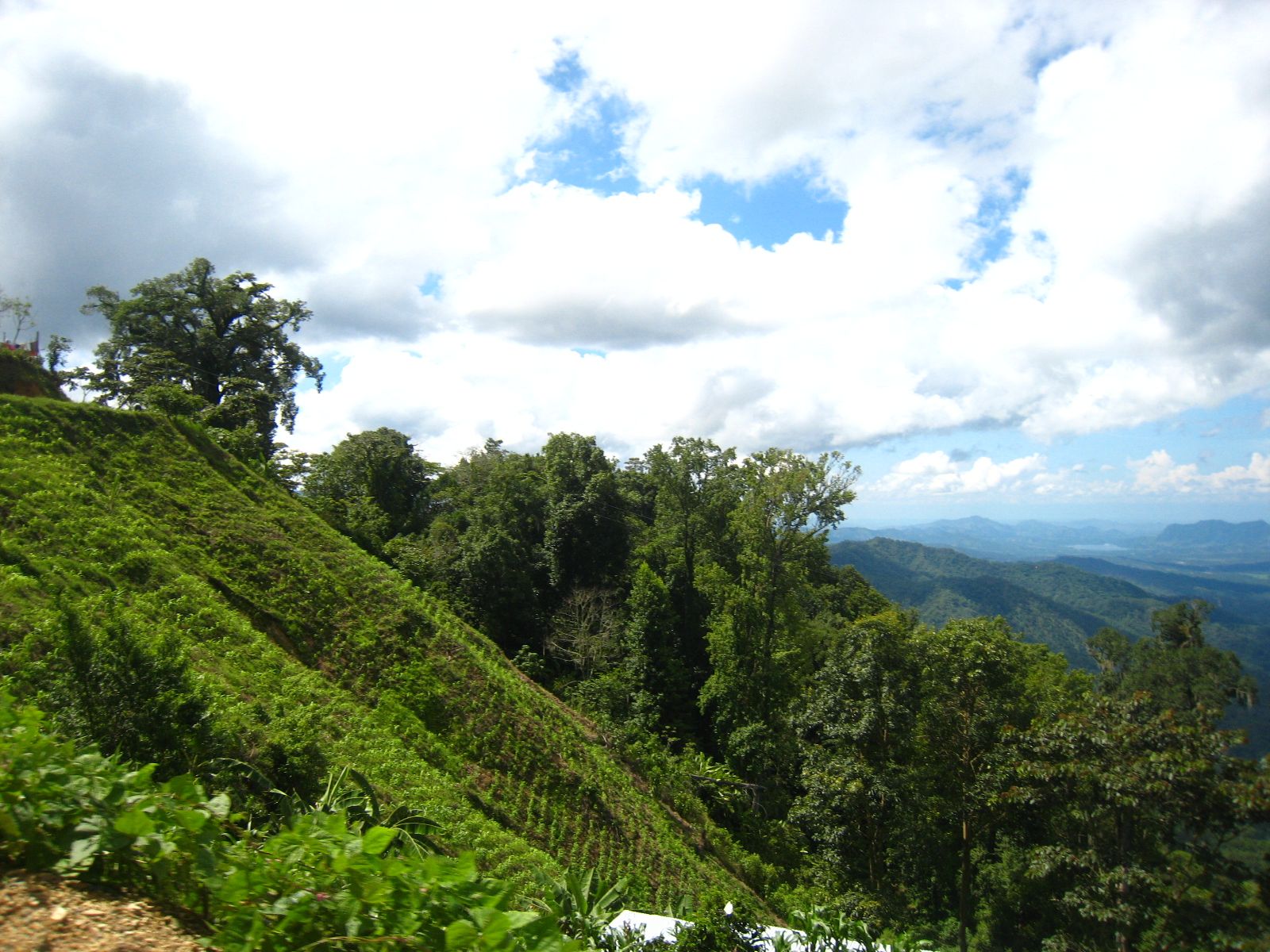 Historically, Mexican coffee was viewed as an inexpensive, low grown blender with cup characteristics including a nuttiness, chocolate, and generally mild. However, today, high grown Mexican coffee has extremely interesting complex citric and malic acidity, balanced sweetness in the form of chocolate and toffee, and an overall clean cup. Mexican coffee has some a long way in the last decade, and we are now see coffees which undoubtedly change some people’s expectations of the country.

We are currently working with three coops and a couple of estates in the state of Chiapas who produce some of the best coffee in the country.  They are Fair Trade and Organic certified.  Coffee is grown between 1200 – 1800 masl in this region.

Chiapas borders Guatemala and shares the same mountain range with Huehuetenango, one of the best regions from Guatemala.  It is known to be one of the safest states in Mexico and has a national cloud forest park: El Triunfo Biosphere Reserve with Quetzals and Horned Guans

We have carried Oaxacan coffee off and on.  Ten years ago we used to buy some excellent coffee from this region: big body, dark chocolate, with a powerful acidity.  This year (2015) we have started to look again and hope to bring you some great coffees.  Coffee is grown between 800 – 1800 masl.

Oaxaca has sixteen different indigenous groups that have preserved their culture and traditions.  This is in part due to the rugged and isolated geography of the state.  It is also considered one of the three most biologically diverse states in the country of Mexico.

We have sourced coffee from Veracruz that come from medium sized farms.  These coffees tend to grow at lower altitude due to the Northern latitude and Pacific influence where the state lies, but still have high-altitude characteristics in the cup.  Coffee is grown between 1100 – 1400 masl.

Coffee was introduced to Mexico through Veracruz at the end of the 18th Century.  It is still one of the most important agricultural products in the state.  This state tends to have a more humid climate throughout the year.

Other regions in Mexico:

Washed and some natural.

Coffee is grown in 12 different states: Chiapas, Veracruz, Puebla, Oaxaca, Guerrero, Hidalgo, San Luis Potosi, Nayarit, Colima, Jalisco, Queretaro and Tabasco. Coffee is the main agricultural product for exportation and is the source of work in the rural sector.

Mexico is the closest coffee producing country to the United States. A burgeoning tourism destination, Mexico is a diverse country with deserts, blue waters, mountains, huge cities, and small hamlets. Taking a step away from the new resorts and seaside resort complexes will land you right in the middle of prime coffee country.??

Ease of access and abundance of quality coffee has turned buyer’s interest towards Mexico in the recent years. This has helped elevate Mexico’s status from “blender” coffee to single-source and organic specialty offerings.

Today, like many other Central and South American countries, Mexico is gaining new attention for its single origin, Fair-Trade and organic coffees. Some of this is due to the Mexican Coffee Council, which has been working to increase Mexican coffee’s reputation by implementing an official quality certification program.

This is also partly due to consumer’s increased interest in high-quality single-origin coffees. “We’ve seen the same things happening in Mexico that we’ve seen in other regions,” says Andrew Miller, president of Café Imports. “People have started understanding the uniqueness of different regions. Mexico has recognized that it has different regions and each region has its own flavor.”??

“I think (Mexico) was one of the first countries doing organic and Fair Trade,” Miller says, “They were early on the roster of Fair Trade producers. Part of what happened had to do with the coffee crisis—people who wanted to stay in the game had to differentiate.??

Mexican coffee is also popular in the United States for one of the same reasons that coffee from Hawaii is popular. “Mexico is accessible,” says Miller, “It’s easy to get there and safe to go there.” And once people visit a place, they are often driven to bring that experience home in the cup.

Being such a large producing country, Mexico is bursting with potential.  The climate and altitude conditions are excellent for specialty coffee, and every year more efforts are made to not just find it, but improve it.  Throughout the countryside you find a number of nurseries hosting stronger, better varieties that will lead to a sustainable focus on quality and consistency.  The diversity throughout the country leaves endless possibilities for new, exciting cup profiles.  We have been thrilled to find taste characteristics from across the world present in coffees grown so close to home, and we’re only at the beginning of discovering what is possible.  Lot separation, altitude separation, variety separation…all are being tried more and more, with great results.

Check out Mexico’s full profile from Cafe Imports where we source our beans.