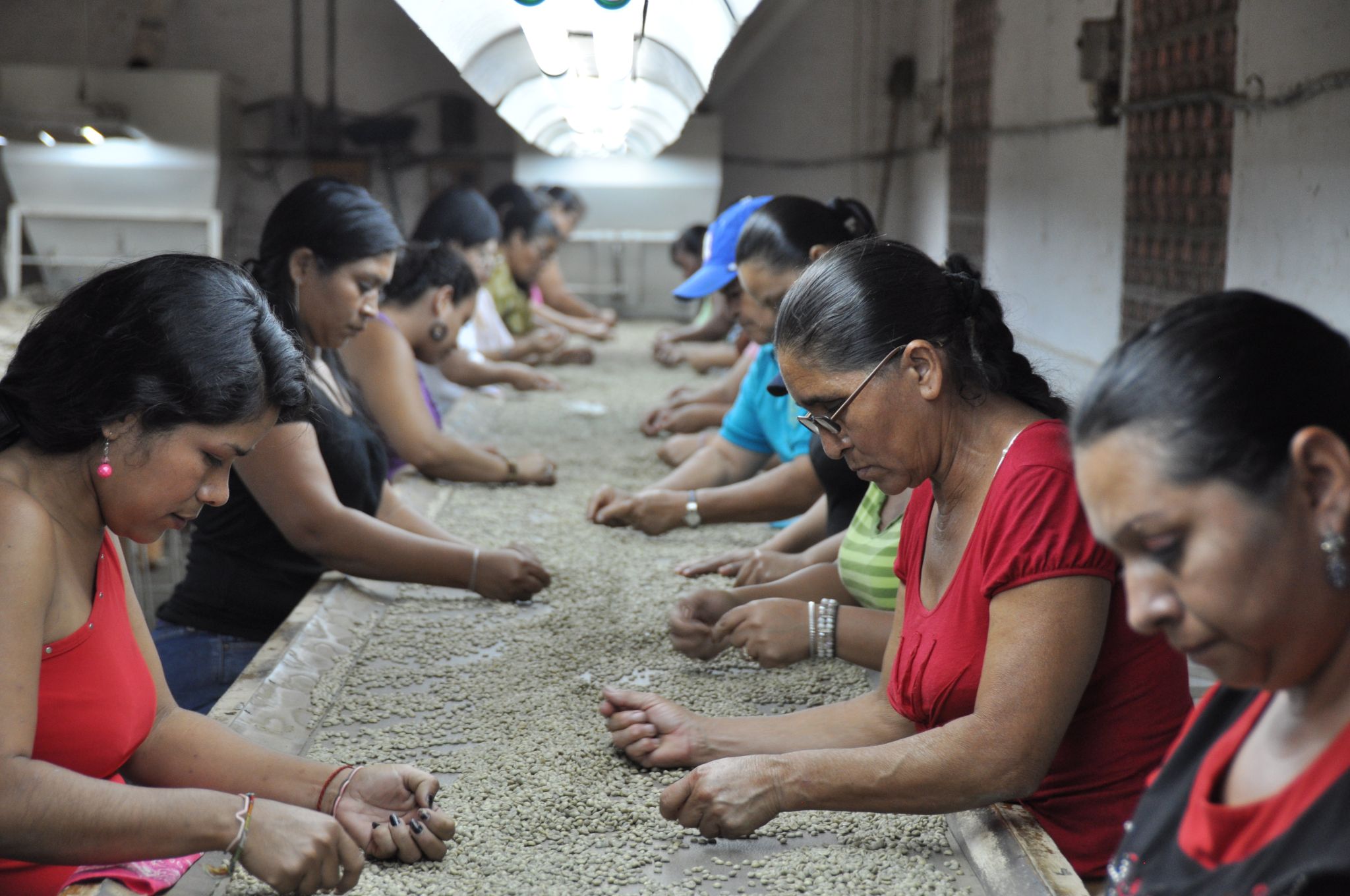 Known as “the land of volcanoes,” El Salvador is the smallest Central American country (roughly the same size as New Jersey), but its reputation among specialty-coffee-growing regions has grown larger-than-life, especially since the early 2000s. While coffee was planted and cultivated here mostly for domestic consumption starting in the mid-1700s, it became a stable and significant crop over the next 100 years, notably increasing in national importance during the late 1800s, when the country’s indigo exports were threatened by the development and widespread marketability of synthetic dyes.

As coffee grew in economic importance, different government programs designed to increase production through land, tax, and military-exemption incentives created a small but strong network of wealthy landowners who gained control over the coffee market, in addition to the individual smallholders who were growing coffee as part of their subsistence farming and would sell their cherry to the larger estates or to mills.

By the late 1970s coffee exports accounted for 50 percent of the GDP, but socioeconomic and political unrest hurled the country into civil war for more than a decade, and in the 1980s various land-redistribution projects and agrarian reform disjointed the coffee industry and caused the market to decline. Lacking the resources to continue farming, producers abandoned their coffee farms, and many were left overgrown and unharvested for years until a peace agreement was reached in the 1990s.

It is often said that the Cup of Excellence competition, which came to El Salvador in 2003, was the beginning of the new “wave” of interest in Salvadoran coffee, shining the first light on some of the special varieties the small country grows.

In part because the coffee farms were left unmolested during the 1980s (when many other coffee-producing countries were replacing lower-yield heirloom coffees with more productive and disease-resistant ones), as well as thanks to some specific local hybrids and unique cultivars, El Salvador has been able to capitalize on its reputation for a variety of, well, varieties: Old stock Typica and Bourbon, the local dwarf-Bourbon mutation Pacas, as well as the Salvadoran-created hybrid Pacamara (a mix of Pacas and Maragogype, a large-bean-size coffee plant), have allowed growers to differentiate by marketing individual varieties of coffee, emphasizing the genetics of the fruit itself, like fine single-varietal wines.

Unfortunately, one of the things that has set El Salvador apart as a coffee producer over the past 20 years is also what’s made it very vulnerable: Those famous varieties, often grown in monoculture, are especially susceptible to coffee-leaf rust. Bourbon in particular is not hardy enough to battle the disease, and as Pacas and Pacamara both spring from Bourbon genetics, the country’s crops have suffered under the latest outbreak of coffee-leaf rust in the 2010s, causing both quality and yield to fall.

More recently, extension services provided by Centra-Cafe through the national coffee institution (Consejo Salvadoreño del Cafe, founded 1989) have worked to fund research, offer financial and agricultural support to producers, and continue to aggressively market Salvadoran coffee as both unique and accessible, with character in the cup as well as in its legacy.

Check out El Salvador’s full profile from Cafe Imports where we source our beans.